One billion additional youth will enter the global job market in the next ten years. Only 40 percent are expected to be able to get jobs that currently exist. This means we need to create 600 million jobs over the next decade, which amounts to five million jobs each month.

With many young people still living in the rural areas in developing countries and a lack of employment opportunities available in non-agricultural activities and urban areas, one pathway is agriculture.

Yet most rural youth do not seem to be very keen to choose the career path of their parents. Who really wants to do the tedious work of tilling the land using a hoe or harvesting your crop by hand, against limited returns? Indeed, most research shows that interest of youth in traditional agriculture is low.

Hence the plight by some to make agriculture more attractive and “make it sexy”.

Jane Karuku, the former head of the Alliance for a Green Revolution in Africa (AGRA),  has argued that agriculture should become a more sexy career choice.

And for some visuals, see the following advertisement by seed company East West Seed International:

Of course there are more subtle approaches. One of them is Shujaaz, a multi-media platform that aims to help improve the lives of young Africans. One of their aims is to make agriculture more sexy attractive through the use of comics and radio shows. 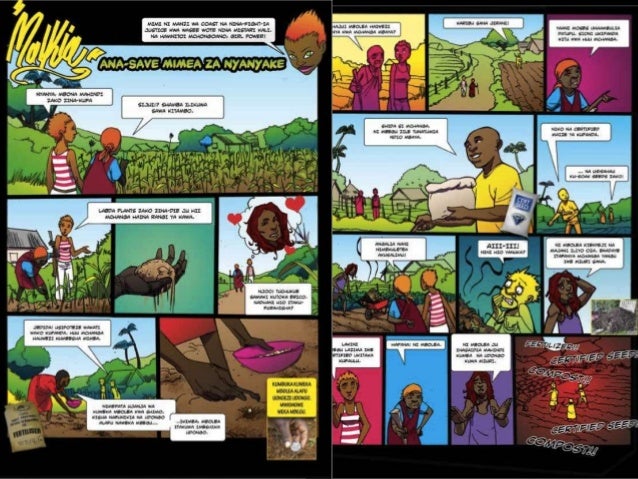 Another example, here in Kenya, is the series Seeds of Gold in the Daily nation newspaper, which often features young successful farmers.

There is nothing wrong with dusting off the image of farming. However there is no clear consensus on the exact push and pull factors for youth involvement in agriculture in developing countries. In other words, we often do not exactly know what causes the lack of interest in agriculture as the reasons differ significantly per area, age group, gender etc. The most commonly cited factors revolve around the image of agriculture and economic returns.

When you hear talk about making agriculture sexy again, it is often about the first type of push and pull arguments. A telling example is a case study by Edwin and Glover on migration by youth in Ghana from the poorer northern to the more prosperous and industrialized southern region. It argues that one of the reasons for migration from rural areas it that youth “want to attend night clubs, eat out and wear fancy cloths and hair styles”. Or as one agronomist in South Africa once told me: “The legs of the girls in the city are just longer”. The city is where the pretty girls and boys are at, the expensive cars from the video clips on TV and the hang-outs and bars. In such a case it might be useful to make agriculture a bit more sexy, possibly using some of tactics employed by the campaigns mentioned.

However a lot of youth mention a lack of employment opportunities in the rural areas and potential employment in the urban zones as the primary reason for migration (including in the case study by Edwin and Glover). To counter this narrative much more is needed than spreading some ‘coolness’. For instance by providing access to capital, inputs and finance, strengthening infrastructure and marketing channels, which is easier said than done.

Secondly, more specific and localized reasons are left out of the discussion. In their study Edwin and Glover reveal that half of the 89 interviewees (79% were women) migrated to urban areas because their parents divorced which created “instability in their homes with serious implications for the children”. Pushing these youth into agriculture seems ill-advised in such a situation and not very effective.

The point here is that making agriculture more sexy will only work if is only going to be successful if coolness is the main problem, but more often than not there are hard economic realities and social challenges that lead youth to deliberately opt for a life outside the realm of agriculture and livestock.